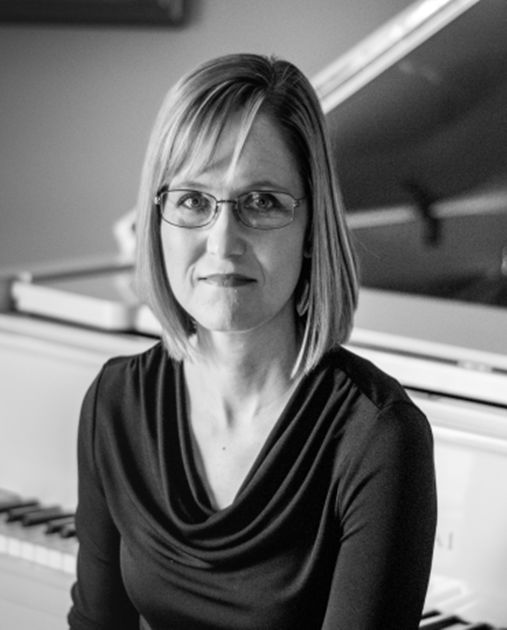 An inaugural member of Voces Novae, Angela spent nine years as accompanist and soprano, eventually being named Assistant Artistic Director. During her eighteen-year hiatus, she has to returned to VN several times as interim accompanist and conductor, leading the group for the March 2019 concert. In her twenty-seventh year as the Director of Choral Music and Handbells at Floyd Central High School, Angela Hampton directs five choirs and two handbell ensembles. In addition, she is the music director for Floyd Central’s Theatre Arts Department. Ensembles under her direction have performed in Ireland, Austria, Canada, Orlando, New York, Boston, Washington D.C., and locally, with the Louisville Chorus and Louisville Orchestra. Angela holds Bachelor’s and Master’s degrees from the University of Louisville in Music Education and Choral Conducting. In 2017, Angela was the recipient of a Lilly Endowment Fellowship, allowing her to celebrate the 500th anniversary of the Protestant Reformation in Germany and explore its connections to J.S. Bach and Felix Mendelssohn. She is an active member of ACDA, NAfME, and Handbell Musicians of America where she was the first person to earn Handbell Musician Level 2 Certification. Angela has been published in ACDA newsletters at the state (Indiana and Kentucky) and division (North Central and Northwest) levels as well as ACDA’s E-newsletter, ChorTeach. She has served as a clinician for ICDA, IMEA, AGEHR, the Louisville Suzuki Piano Institute and the Greater Louisville Music Teachers Association, and was a staff member for the Kentucky Ambassadors of Music in 2004, 2006 and 2008, and will be again in 2023. She is active in her community as a church musician and as a free-lance pianist/accompanist. 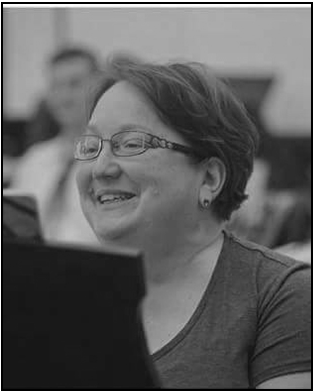 Deborah Dierks is the lecturer and vocal coach for the Opera program at the University of Louisville. She is one of the staff accompanists as well. She received her undergraduate degree from the University of Cincinnati College Conservatory of Music and her graduate degree from the University of Louisville. Her various accompanying responsibilities include her work at the university's School of Music, as well as the instrumental program at the Youth Performing Arts School and various professional and semi-professional local music groups. She has performed with the Choral Arts Society, the former Bach Society, Metropolitan Opera auditions, Governor's School for the Arts and NATS competitions. Deborah is an active member and musician for the Presbyterian Church (USA), specifically Crescent Hill Presbyterian Church in Louisville, where she is the Music Director. Professional recitalist and collaborator, Deborah has performed across the US and Europe. 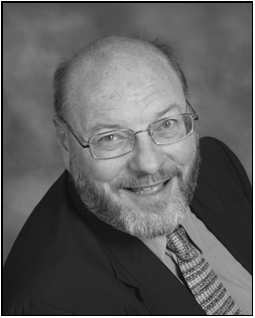 Frank A. Heller, III was the Founder of Voces Novae. He was also a private vocal instructor and a Certified Master Teacher in Creative Motion®, an innovative method of musical learning. Mr. Heller served on the staff of the Louisville Youth Choir for 17 seasons, where he was both Artistic Director and Executive Music Director and conducted four of the nine ensembles. He also taught voice at Bellarmine University in Louisville, as well as conducted the University Chorus at the University of Louisville. He retired as Artistic Director of Voces Novae in 2019 and as Director of Music Ministries at Highland Presbyterian Church in November 2018 after a 20 year tenure. His background also included a 20-year tenure as Director of Music at Harvey Browne Memorial Presbyterian Church in Louisville, where he received regional and national recognition. Mr. Heller held a Bachelor’s Degree in Music Education with a vocal emphasis from the University of Louisville and a Master’s Degree in Music Education with a choral conducting emphasis from Loyola University of New Orleans. His vocal and conducting studies included the opportunity to work with Fletcher Smith, Philip Frohnmayer, Robert Shaw, Daniel Moe, and Larry Wyatt. Professional credits included joint efforts with Samuel Adler and John Rutter as well as participation in Creative Motion Alliance, Choristers Guild, Music Educators National Conference, Presbyterian Association of Musicians and American Choral Directors Association. Mr. Heller served as both President and Treasurer of the Kentucky Chapter of the American Choral Directors Association. In 2000, he was honored by KCDA and chosen as their recipient of the Robert K. Baar Choral Excellence Award. Mr. Heller is survived by his wife Donna Heller. They have three children, Jennifer, Shannon, and April; and six grandchildren, Hunter James and Lillyan Michelle Cook, Mason Eric and Wyatt Lee Custard, Ezekiel David and Jasmine Rae Procita.